Today we conclude our snapshot study of the book of Acts. I hope this study has been an encouragement to you as we have examined how the early church behaved and spread the news about Jesus. We are getting into the heart of Paul’s missionary endeavors now. Last week we looked at Paul’s time in Athens where he confronted the Athenians on their plethora of Gods, and today we pick up in Acts 18 where Paul has now left Athens and moved on to a place called Corinth. A Roman city that was strategically located where trade from all directions would flow in and out of this city. It had a large population, which is why Paul would have wanted to go here. And of course Corinth is also well known to us because we have two letters addressed to the church that Paul founded in Corinth. He actually wrote more than two letters to this church, but the letters known to us as 1 and 2 Corinthians are in the New Testament. The only reason I mention that is because for historical reliability I think it is important to show that the places that Luke mentions align with letters that Paul wrote to churches. So the books of Acts strengthens the reliability of the letters that Paul wrote to the churches, and the letters Paul writes to the churches strengthens the reliability of Acts.

Leverage Work for the Gospel:

"and because he was of the same trade he stayed with them and worked, for they were tentmakers by trade." — Acts 18:8

Why would Luke mention that Paul is a tentmaker by trade? Well, there are a number of reasons why Paul would do this.

I want you to see that your work in whatever industry you are in is not simply to pay the bills or provide for your family. It is your mission field. Even Paul the greatest missionary who ever lived understood that his work during the week could be used to bring people to Jesus.

Those without jobs. Students your school or college is where God has uniquely placed you. Don’t waste it. You will probably never interact with more people from diverse backgrounds than while you are a student. Those of you who are retired. How are you leveraging your retirement for the Gospel? I don’t see anywhere in God’s word where the last 15-20 years of your life are to be spent coasting. I got no problem with you retiring but I would encourage you to not waste it all on elaborate vacations, fancy golf courses, and luke warm involvement in your church.

Whatever your position is in this world student, associate, professor, educator, attorney, engineer, banker, administrative assistant, delivery man, insurance agent use it for God’s glory and for the spread of his name!

"And he reasoned in the synagogue every sabbath, and tried to persuade Jews and Greeks." — Acts 18:4

Research is now telling us that it takes more people to win one person to Christ than it did in years past. In other words, it takes a mass movement of people to win fewer people to Christ. We could spend the rest of our time today dissecting the reasons why this is the case, but I want us to look to Paul for a solution to the problem instead of just expounding on the reasons why this is the case.

I want you to notice what Paul did in Corinth. The text tells us that he reasoned and persuaded people. It doesn’t say he preached a sermon or that he went through some Gospel presentation. Now I do believe that those are effective ways for people to come to faith in Christ, but as we move further and further away from a religious society our ability to converse and listen to people becomes that much more important.

The word Paul uses for persuade here, Peitho, is the Greek Goddess who personified persuasion and seduction. Your Gospel presentation that you have memorized, or your go to verses of Scripture that share the plan of salvation while absolutely are important might not persuade someone. We will have to learn more than ever before how to discuss and dialogue with people who do not have a Biblical frame of reference. You meet them where they are and find ways to intersect the things they are saying with Biblical truth.

Your Failures Do Not Limit God:

"And he left there and went to the house of a man named Titius Justus, a worshiper of God. His house was next door to the synagogue." — Acts 18:7

So Paul shakes his garments out as a sign that the ones he came to share with have rejected his message. We see Jesus doing this in the Gospels when he tells the disciples to shake the dust off of their feet when someone rejects the message. This has origins in the OT we see it going on in Nehemiah 5.

We have in v.6 this perceived failure of Paul. He is not able to convince those in the synagogue of the truth of Jesus. An articulate, educated, Jewish man is not able to convince his own people of the truth of who Jesus is. Like a school teacher not being able to teach the class the difference between a subject and a verb, or a coach not being able to get his team to run the play that he just called.

But then Paul leaves and he goes right next door. To the neighbor’s house, to a non-Jew but one who respected the synagogue. And Paul has great success. Paul couldn’t convince his own people to believe that Jesus was the Messiah in the synagogue, but he moves to the house next door to find great success.

Your failures do not limit God. Your inability or your botched attempt to share the Good news with someone is not the end of God working in their mind and heart. Paul fails in the synagogue. Moves to a house next door to the synagogue and the ruler of the synagogue, which is the man in charge of the synagogue is then converted. Does anyone else see the irony of this?

I think it is a reminder to us that God is never out glorified in our successes and he is never done working in spite of our failures.

So why is this important. I want you to have grit. I don’t want you to be afraid to fail in a ministry. Church I want us to have passion and perseverance for long term goals. Sometimes making change in a city or in people’s lives takes year. Do we have the grit necessary to see these changes happen over time?Paul had GRIT, and that is why he was successful.

This Vision is for You:

Even after Paul’s successes there is a still sense that he is fearful and frustrated. Having already been persecuted as a follower of Christ I’m sure it was difficult to continue on sharing the Good News of Jesus not knowing what might happen to you. Why else would he receive a vision from the Lord unless he needed reassurance and encouragement?

I want you to personalize this vision that Paul received. I would like for you to imagine that this word that Paul receives is a word to you brothers and sisters who live in New Orleans. Let me read it again so that you can internalize it.

That’s the word of the Lord to you this morning. Do not be silent. Do not be afraid of what might happen to you as you enter the prisons to share Jesus with people. As you love on kids and families in the 9th ward. As you visit the clubs on Bourbon street late at night making sure that women understand that Jesus loves them. I believe I have heard a pastor say these words before, “you’re bulletproof until God is done with you.” Fear is not an excuse friends. We continue to go out week after week to feed the homeless, teach the prisoner, and love on the sinner because “There are many in this city who are God’s people.” Thousands and thousands of people that I believe God desires to save. So write this phrase on a note card and put it on the dash of your car, or hang it on your refrigerator, or commit it to memory. “I have many in this city who are my people.”

If you don’t believe that God has a mission for you in this city then I am going to ask you the hard question. Why are you here? I believe that the Spirit of God wants to use the people of God to create a movement of God in this city. That’s my dream. That’s my hope. That the person living in generational poverty can see a way out for himself that can change his family for generations to come. That the broken educational system will quit passing on kids to the next grade in order to keep their job, but will actually work together to solve the problem. That we will quit shooting each other up over petty disputes and arguments. None of the things I just mentioned are political issues. They are image of God issues. If we believe that every single human being was created by God and in his image than we cannot stand any longer for what we are seeing.

I do know this though. No way we can accomplish this on our own. We could bring in the biggest and brightest minds, throw millions of dollars at these problems, and it will not fix the problem. Because almost every issue I have mentioned starts right here. And there is only one who can transform the heart. 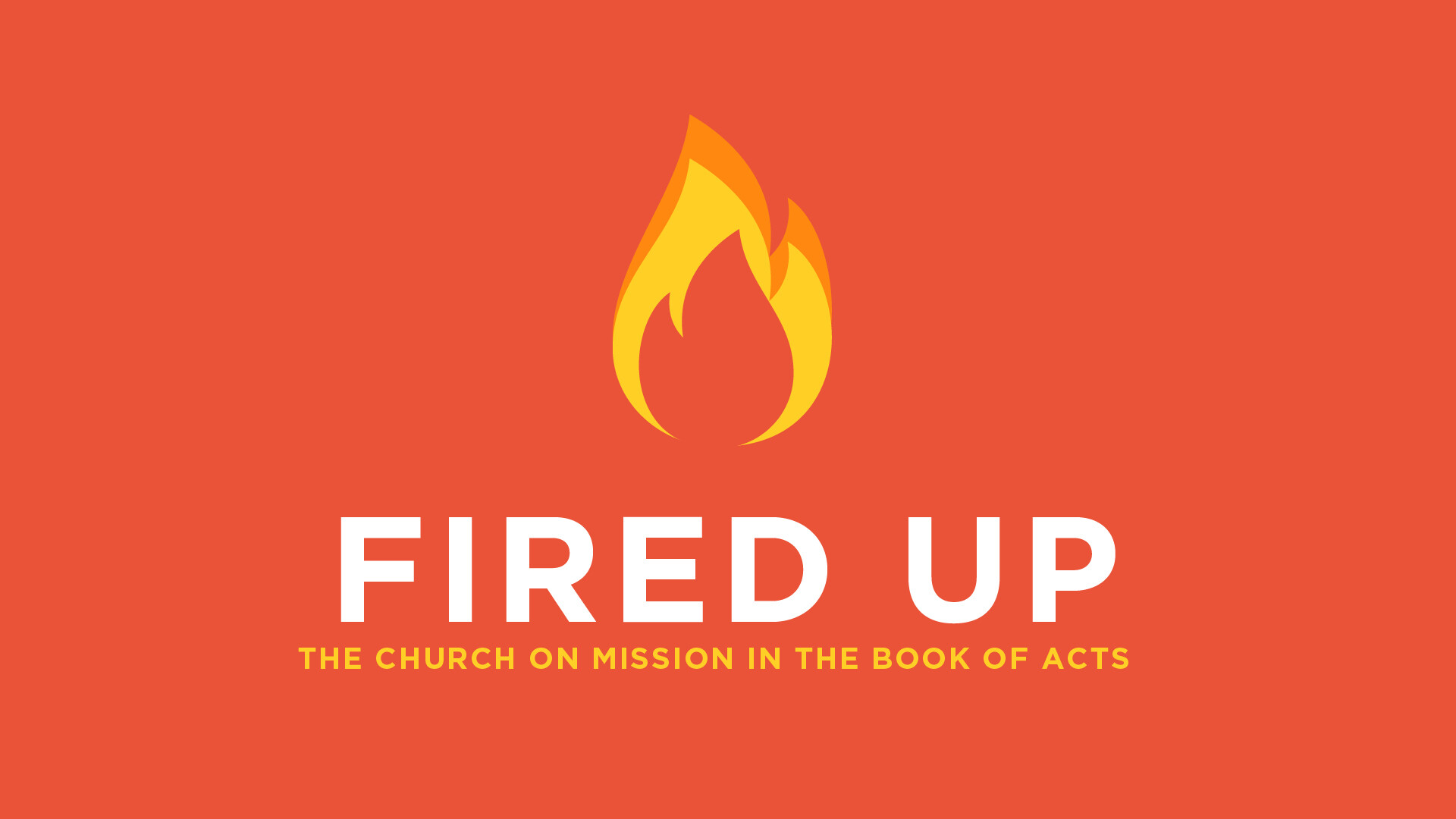