A Journey with Jesus

Again, I’d like to thank everyone for your attendance today as we celebrate the most important day of the year for our faith. We will be in the Gospel of Luke today looking at a story surrounding the resurrection of Jesus. Our story this morning is unique to Luke’s Gospel. It is not the traditional story of the resurrection of Jesus, but I think it is an interesting perspective to examine this morning. So let me paint the picture for us before we read the passage. Jesus has already been resurrected from the dead, some women head to the tomb to look for his body but he is not there. And the angels tell them that he has risen. And this story picks up with two disciples traveling to a village going away from Jerusalem. Confused and disappointed at the news they have heard. And this is where our story picks up. So let’s begin reading at Luke 24:13.

"And he said to them, 'What is this conversation that you are holding with each other as you walk?' And they stood still, looking sad."

The village Emmaus is only mentioned here in the entire New Testament. Luke doesn’t give us any description of this village or explain to us why these two men were going there. It’s close proximity to Jerusalem, however, is what makes it so important.

A huge theme in Luke’s Gospel is the travel narrative. Throughout the middle portion of Luke’s Gospel Jesus is on a journey to Jerusalem, along with his disciples so that he can face crucifixion but in this particular story we see two men on a journey away from Jerusalem. Overall, the travel narrative is not successful because Jesus’s disciples never truly grasp who Jesus is.

Jesus appears to the men and they are completely unaware that Jesus is walking alongside them. When we impose our agenda or idea of who Jesus is, he actually becomes invisible to us because we have created our own Jesus instead of letting him stand on his own. Our most reliable source about Jesus is what the Gospel writers tell us about him. Not Discovery channel, CNN, or national geographic specials even though they might be interesting and have some historical accuracy to them.

"And he said to them, 'What things?' And they said to him, 'Concerning Jesus of Nazareth, a man who was a prophet mighty in deed and word before God and all the people.'" — Luke 24:19

We see in verse 19-24 the Gospel message. The travelers explain to Jesus himself what has just transpired. These different elements of the story are important to unpack.

Verse 21 gives us a telling glimpse at the current belief these travelers had about Jesus. They say, “We had hoped” that he was the one to redeem Israel. What this verb shows us is that they no longer believed. They hoped he was the Messiah to redeem Israel, but they quit believing it. At this point, the women’s story of Jesus’s body not being at the tomb wasn’t enough for these travelers to change their minds. Even the story of the angels saying that Jesus was alive was not enough. Even walking right next to Jesus and telling him this story about himself was not enough for them to register that it was Jesus.

Why did the Jewish people not accept Jesus as the Messiah? Well once again because they had their own idea of what the Messiah was supposed to look like. They weren’t looking for someone who was going to wash people’s feet and care for the poor. They were expecting a fierce warrior who was going to lead the Jews to once and for all overcome the oppression of the Roman empire.

Look to the Scriptures:

"And beginning with Moses and all the prophets, he interpreted to them in all the Scriptures the things concerning himself." — Luke 24:27

Notice what Jesus does here. He doesn’t begin with the crucifixion or the resurrection as his starting point. Instead, he starts with parts of the Old Testament and showed these disciples how all of these different parts of the scriptures were pointing towards Jesus.

It would have been really easy for Jesus to reveal himself to the disciples at this point in the story, but he didn’t. Instead, he took them back to the scriptures to point out all of the ways that the scriptures were testifying to Jesus as the Messiah.

When you read the Bible a couple of things happen. Let’s just take the Ten Commandments as an example since everyone is familiar with that passage from Exodus. You read through the ten commandments and you realize that you fail to live up to that standard so one of the most important things 1) The word of God does is convict us. It shows us that we are incapable of providing salvation for ourselves, but it does this for a very specific reason. As we read the Bible and feel conviction we realize how much grace we actually need. And what we come to realize is that the reason the Bible brings conviction through its commandments and laws is to point us to something greater than the law. And that something greater is Jesus. The apostle Paul tells us in the New Testament that the whole reason the law existed was to show us our need for Jesus because he is the only one who ever kept the commandments perfectly.

"They said to each other, 'Did not our hearts burn within us while he talked to us on the road, while he opened to us the Scriptures?'” — Luke 24:32

As the travelers were getting closer to the village, they asked Jesus if he would be willing to stop and stay the night with them. Jesus agreed to stay with them, and they are still not aware of who he truly is.

They sit down to a meal together, and interestingly Jesus becomes the host of this meal. Typically, when someone is invited to stay at someone’s house it is the owner of the house who takes charge of the meal, but in this instance we see Jesus taking the bread, blessing it, and handing it out to the disciples. He is no longer the honored guest but the host of the meal.

Once Jesus breaks the bread their eyes are opened, and they realize who it is that they have been walking with all of this time, and then he vanishes from their sight.

But notice, they were already thinking in their hearts that it was Jesus as he pointed out the scriptures to them. Luke tells us that their hearts were burning as the scriptures were explained to them. When the word of God is convicting our hearts, it sometimes feels like it’s burning. Perhaps this morning your heart is burning. You know that you cannot live up to the standard that God requires of us. So I beg of you this morning to quit trying to do it on your own and let Jesus live up to that standard for you. Receive Jesus as Lord and Savior today.

The world lives for stories of redemption. We love a good story about someone rising up from terrible circumstances or a team that goes from the last place to first place. These stories capture the hearts of people. One week ago today we had one of the most historical stories of redemption in the sports that have ever happened. Like Tiger Woods, 11 years after winning his last major championship won the Masters at the age of 43. He won his first major championship at the age of 21 in 1997, and now in 2019 he just won his 15th. In 1997, as he walked off the golf course he gave his father a huge bear hug, and last Sunday as he walked off the golf course he gave his own son and daughter a huge bear hug. Reporters and journalists said they have never heard Augusta National louder than it was a week ago Sunday. Tiger Woods has been at the pinnacle of his sport, and also at the lowest of his sport. Not to mention the horrific troubles he has had off the golf course. But last Sunday as he walked off the golf course, fans were cheering as loud as they have ever cheered. Some are calling it one of the greatest stories of redemption. But the redemption that you and I can find in Christ blows this out of the water. We as sinners in need of redemption by a holy God is made possible through what Jesus did on the cross for us. Do you think the cheers for Tiger Woods were loud? The Bible tells us that heaven rejoices every time one person comes to faith in Jesus Christ, and this is the redemption story that all of us are in need of. 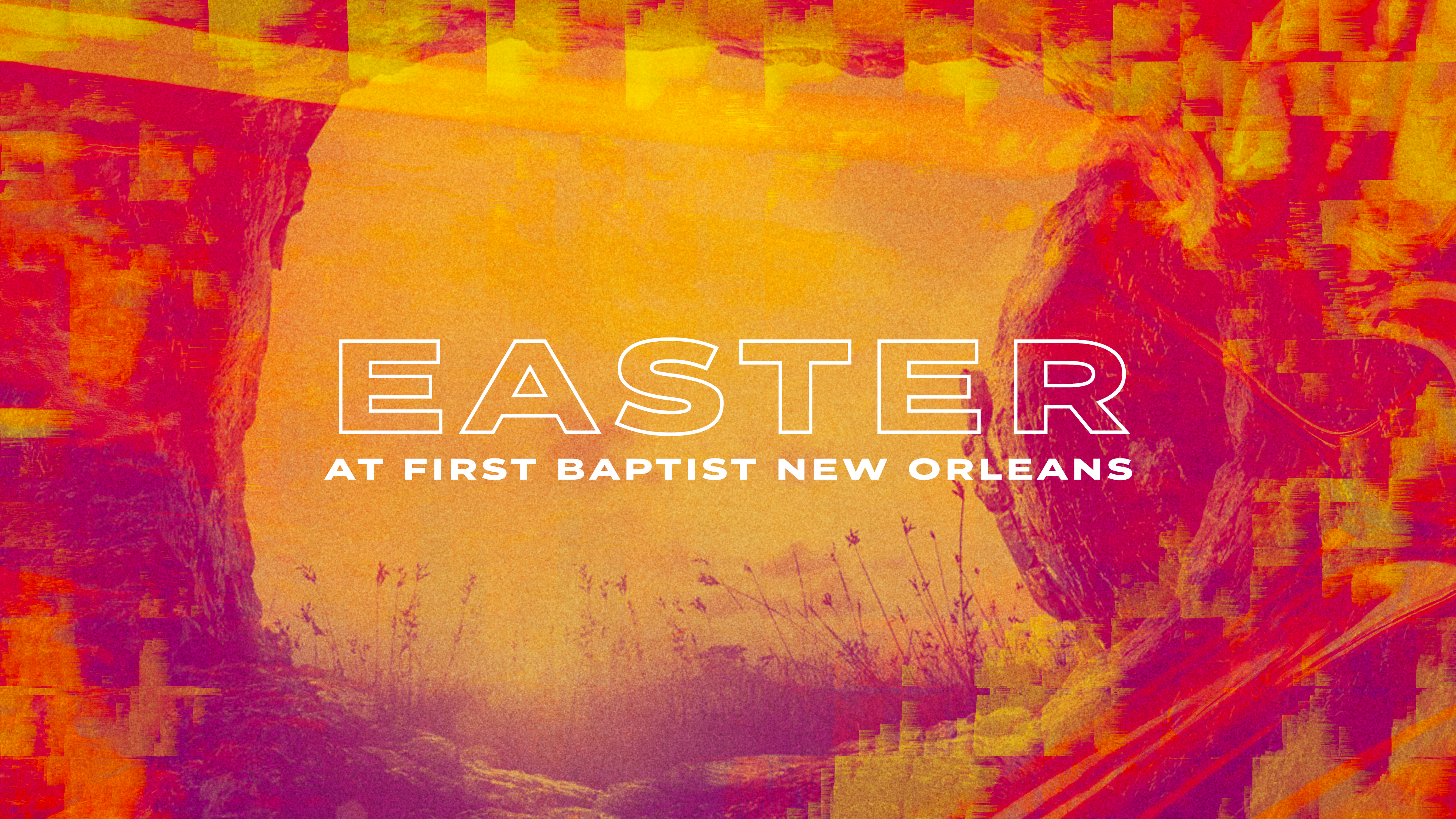 A Journey with Jesus

Again, I’d like to thank everyone for your attendance today as we celebrate the...