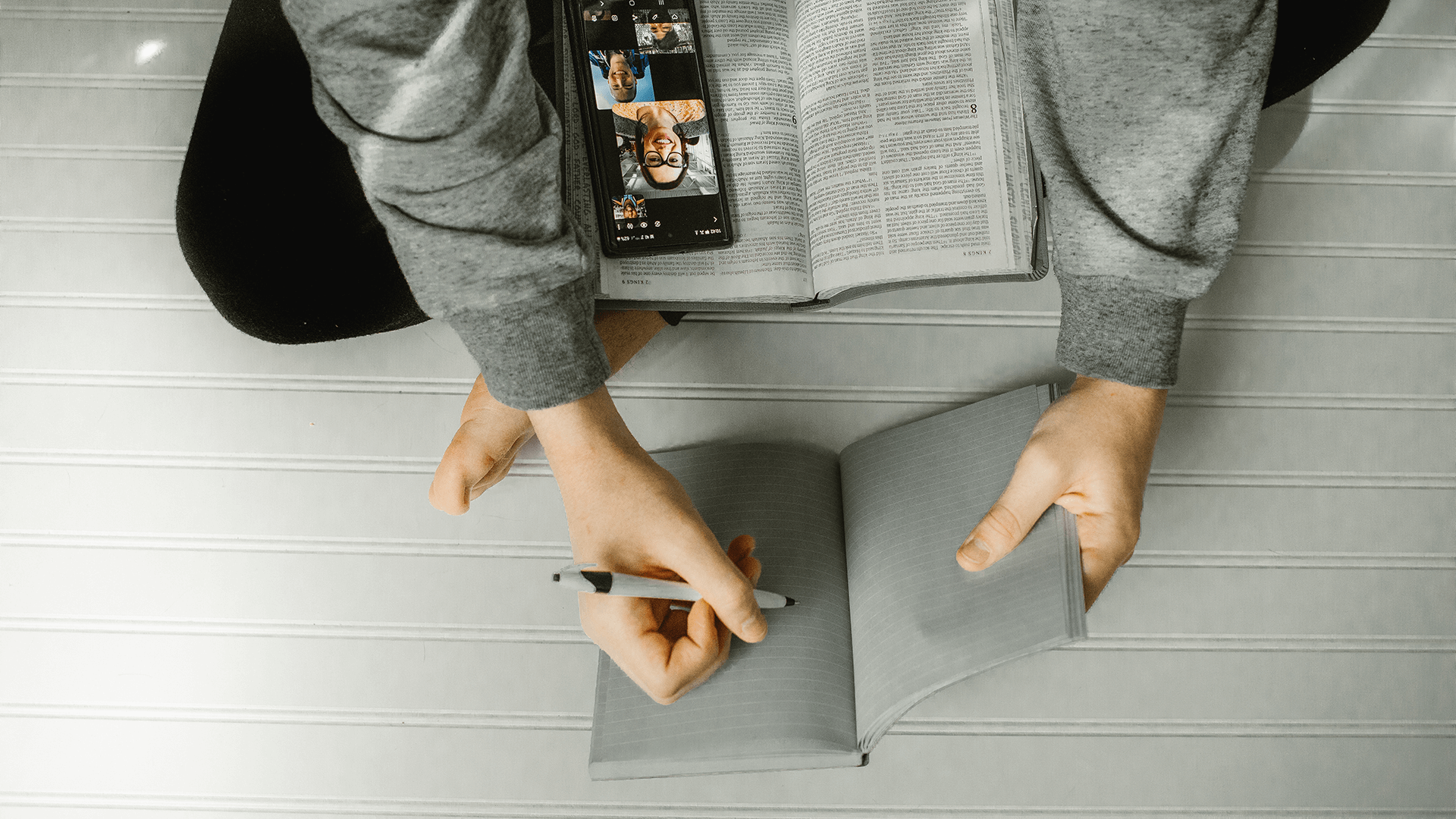 Sin's Use of the Law

The Problem of Sin in Us

For the Lord is a great God,
a great King above all gods.
The depths of the earth are in his hand,
and the mountain peaks are his.

Job and His Family

There was a man in the country of Uz named Job. He was a man of complete integrity, who feared God and turned away from evil. He had seven sons and three daughters. His estate included seven thousand sheep and goats, three thousand camels, five hundred yoke of oxen, five hundred female donkeys, and a very large number of servants. Job was the greatest man among all the people of the east.

His sons used to take turns having banquets at their homes. They would send an invitation to their three sisters to eat and drink with them. Whenever a round of banqueting was over, Job would send for his children and purify them, rising early in the morning to offer burnt offerings for all of them. For Job thought, "Perhaps my children have sinned, having cursed God in their hearts." This was Job's regular practice.

One day the sons of God came to present themselves before the Lord, and Satan also came with them. The Lord asked Satan, "Where have you come from?"

"From roaming through the earth," Satan answered him, "and walking around on it."

Then the Lord said to Satan, "Have you considered my servant Job? No one else on earth is like him, a man of perfect integrity, who fears God and turns away from evil."

Satan answered the Lord, "Does Job fear God for nothing? Haven't you placed a hedge around him, his household, and everything he owns? You have blessed the work of his hands, and his possessions have increased in the land. But stretch out your hand and strike everything he owns, and he will surely curse you to your face."

"Very well," the Lord told Satan, "everything he owns is in your power. However, do not lay a hand on Job himself." So Satan left the Lord's presence.

One day when Job's sons and daughters were eating and drinking wine in their oldest brother's house, a messenger came to Job and reported, "While the oxen were plowing and the donkeys grazing nearby, the Sabeans swooped down and took them away. They struck down the servants with the sword, and I alone have escaped to tell you!"

He was still speaking when another messenger came and reported, "God's fire fell from heaven. It burned the sheep and the servants and devoured them, and I alone have escaped to tell you!"

That messenger was still speaking when yet another came and reported, "The Chaldeans formed three bands, made a raid on the camels, and took them away. They struck down the servants with the sword, and I alone have escaped to tell you!"

He was still speaking when another messenger came and reported, "Your sons and daughters were eating and drinking wine in their oldest brother's house. Suddenly a powerful wind swept in from the desert and struck the four corners of the house. It collapsed on the young people so that they died, and I alone have escaped to tell you!"

Then Job stood up, tore his robe, and shaved his head. He fell to the ground and worshiped, saying:

Naked I came from my mother's womb,
and naked I will leave this life.
The Lord gives, and the Lord takes away.
Blessed be the name of the Lord.

Throughout all this Job did not sin or blame God for anything.

"From roaming through the earth," Satan answered him, "and walking around on it."

Then the Lord said to Satan, "Have you considered my servant Job? No one else on earth is like him, a man of perfect integrity, who fears God and turns away from evil. He still retains his integrity, even though you incited me against him, to destroy him for no good reason."

"Skin for skin!" Satan answered the Lord. "A man will give up everything he owns in exchange for his life. But stretch out your hand and strike his flesh and bones, and he will surely curse you to your face."

"Very well," the Lord told Satan, "he is in your power; only spare his life." So Satan left the Lord's presence and infected Job with terrible boils from the soles of his feet to the top of his head. Then Job took a piece of broken pottery to scrape himself while he sat among the ashes.

His wife said to him, "Are you still holding on to your integrity? Curse God and die!"

"You speak as a foolish woman speaks," he told her. "Should we accept only good from God and not adversity?" Throughout all this Job did not sin in what he said.

Now when Job's three friends—Eliphaz the Temanite, Bildad the Shuhite, and Zophar the Naamathite—heard about all this adversity that had happened to him, each of them came from his home. They met together to go and sympathize with him and comfort him. When they looked from a distance, they could barely recognize him. They wept aloud, and each man tore his robe and threw dust into the air and on his head. Then they sat on the ground with him seven days and nights, but no one spoke a word to him because they saw that his suffering was very intense.

After this, Job began to speak and cursed the day he was born. He said:

May the day I was born perish,
and the night that said,
"A boy is conceived."
If only that day had turned to darkness!
May God above not care about it,
or light shine on it.
May darkness and gloom reclaim it,
and a cloud settle over it.
May what darkens the day terrify it.
If only darkness had taken that night away!
May it not appear among the days of the year
or be listed in the calendar.
Yes, may that night be barren;
may no joyful shout be heard in it.
Let those who curse days
condemn it,
those who are ready to rouse Leviathan.
May its morning stars grow dark.
May it wait for daylight but have none;
may it not see the breaking of dawn.
For that night did not shut
the doors of my mother's womb,
and hide sorrow from my eyes.

Why was I not stillborn;
why didn't I die as I came from the womb?
Why did the knees receive me,
and why were there breasts for me to nurse?
Now I would certainly be lying down in peace;
I would be asleep.
Then I would be at rest
with the kings and counselors of the earth,
who rebuilt ruined cities for themselves,
or with princes who had gold,
who filled their houses with silver.
Or why was I not hidden like a miscarried child,
like infants who never see daylight?
There the wicked cease to make trouble,
and there the weary find rest.
The captives are completely at rest;
they do not hear a taskmaster's voice.
Both small and great are there,
and the slave is set free from his master.

Why is light given to one burdened with grief,
and life to those whose existence is bitter,
who wait for death, but it does not come,
and search for it more than for hidden treasure,
who are filled with much joy
and are glad when they reach the grave?
Why is life given to a man whose path is hidden,
whom God has hedged in?
I sigh when food is put before me,
and my groans pour out like water.
For the thing I feared has overtaken me,
and what I dreaded has happened to me.
I cannot relax or be calm;
I have no rest, for turmoil has come. 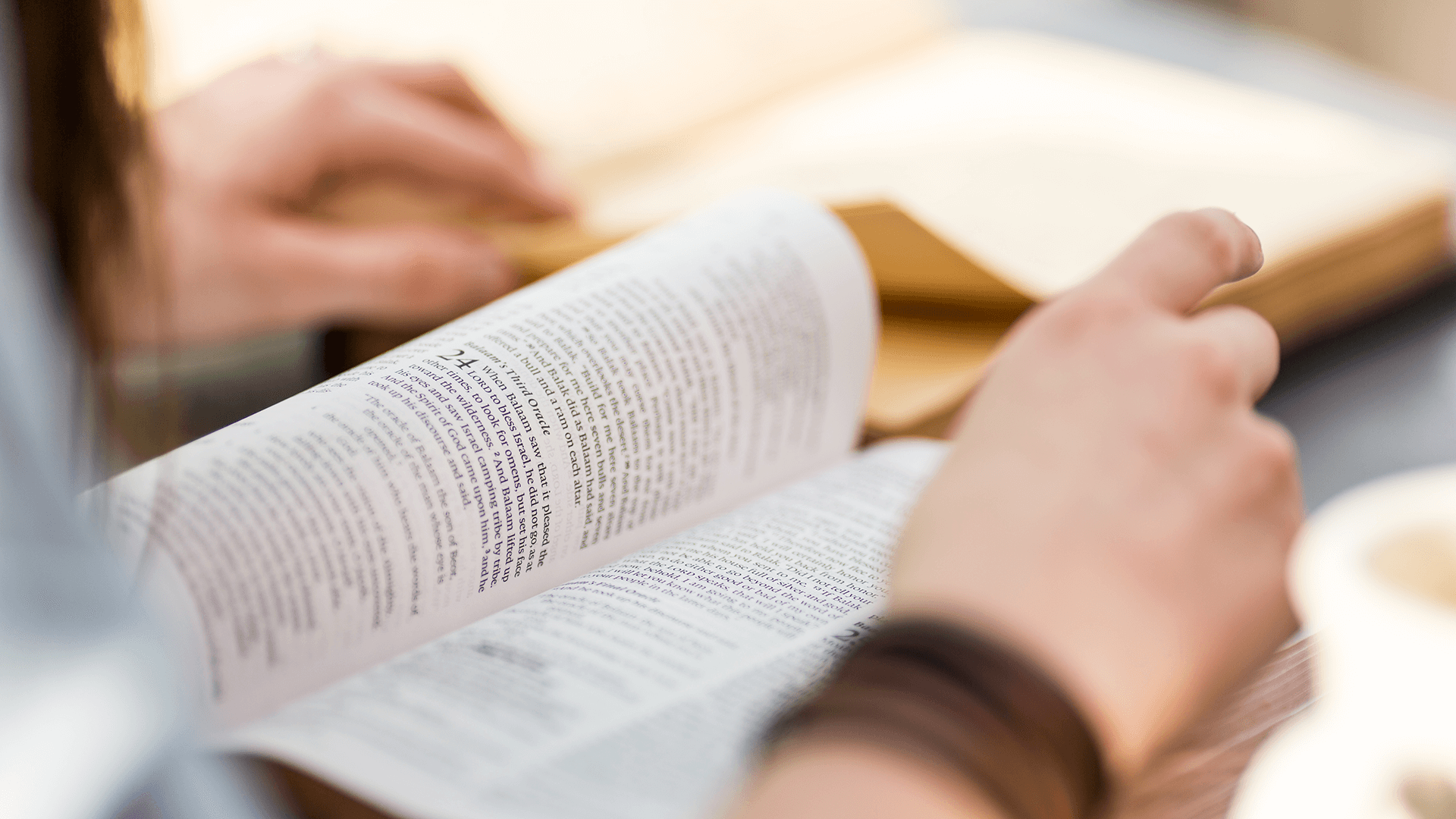